Hello friends! It’s been a while, hasn’t it?

Having taken the summer off I feel like my batteries have been properly recharged! We’ve had a lovely, lazy summer with camping and holidays, day camps and of course knitting and it feels amazing to have reconnected with my mojo!

Ah summer! I miss you already!

It doesn’t hurt either that with September here all the woolly-ness has started off with a bang to keep the momentum going. Last weekend was the fourth annual Great London Yarn Crawl and once again I was signed on as a Yarn Guide. This time the teams were all named after stitches and we were Team Bobbles, visiting shops Nest, Handweavers Studio & Gallery and Fringe. 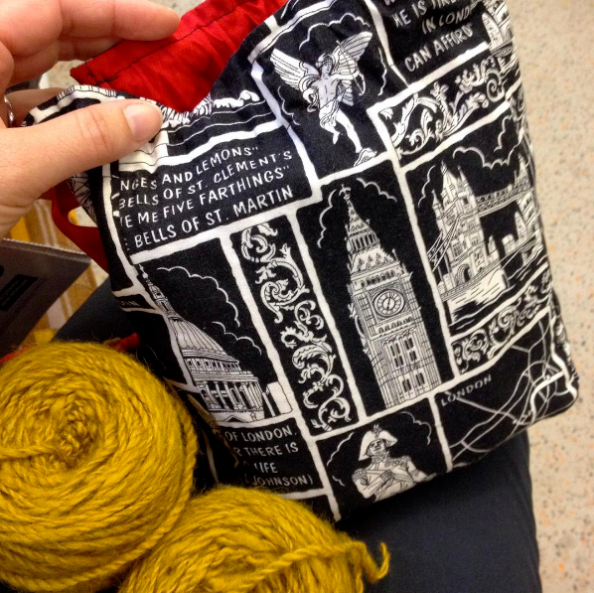 Hosted at Nest especially for the day was Linda from Kettle Yarn Co. who had a little pop-up shop with her gorgeous yarns and samples from her new book Baskerville: dawn to dusk. The garments were stunning and in a beautiful palette of blues. Linda was originally dyeing them with indigo but has switched back to her regular dyeing method for greater control and consistency. It was really interesting to talk to her about her dyeing process, and the Baskerville yarn itself which is a custom blend exclusive to Kettle Yarn Co. Linda talked about it some more in a “live” session of the Yarn in the City podcast at the after party, which you can listen to when Episode 45 goes up on their website. 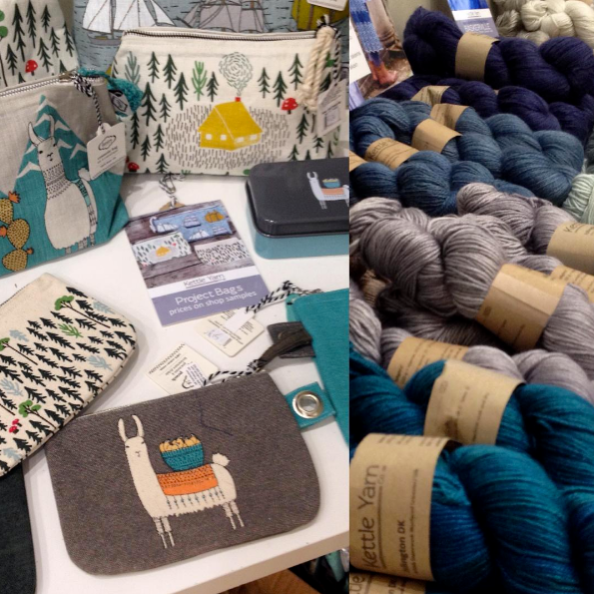 Following Nest we quickly made our way over to the Handweavers Studio & Gallery. I was determined for us to get in and out as quickly as possible as we’d been tipped off that there was an Arsenal game that day and we knew the area would be packed with people on public transport! Handweavers is an Aladdin’s Cave of treasures though, with so many different and interesting yarns and fibres for weaving and spinning – and knitting if you’re looking for something really outside of the box! 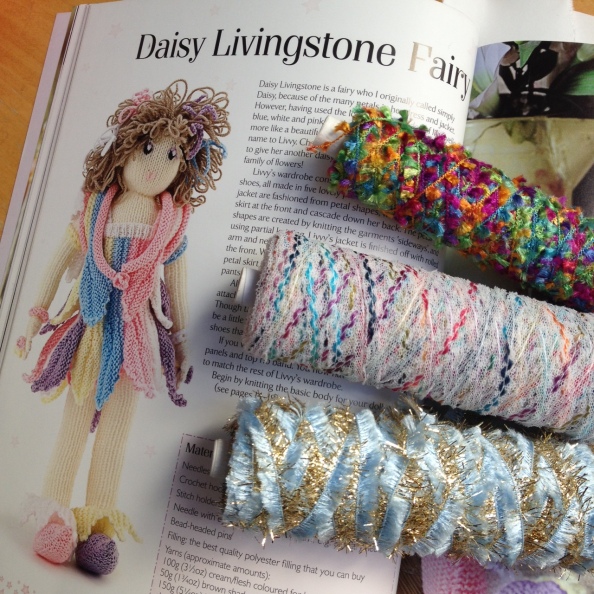 I can’t wait to see what frothy fairy confections these yarns become!

My daughter has been obsessed with fairies this year and has requested a special fairy dolly for Christmas so the book Knitted Pirates, Princesses, Witches, Wizards & Fairies was my close companion on the crawl as I sought out yarns and trims that would suit a fairy’s wardrobe. Happily, Handweavers was a HUGE success on this front as I was able to procure some amazing novelty yarns that are perfect for a fairy’s fanciful ensemble!

After Handweavers and a spot of lunch we made our way to our final stop, Fringe. Like Nest, Fringe was also well in the spirit of the yarn crawl and doing something “extra” for the yarn crawlers. Erika Knight was on hand as their special guest and had a pop-up shop of her new yarns, Studio Linen and Gossypium Cotton – which we’d each been given a ball of in our goody bags as she was the also the title sponsor of the yarn crawl. And the samples of the garments were there as well.

And wow – the samples! Jean (from my knit group who was also on Team Bobbles) and I fell completely head over heels for the Studio Linen Collection which is classic Erika Knight. Clean lines, elegant in it’s simplicity, ageless garments that will be worn again and again. We each bought a sweater’s worth of Studio Linen to knit Sicily and I’m looking forward to our own mini knit-a-long. It was exciting to meet Erika and chat with her and learn more about her own process as a designer too.

Can’t wait to get started on this jumper – for next summer!

We did debate the possibility of squeezing in a fourth shop en route to the after party but in the end opted for a few well-earned cups of tea and some relaxing knitting and chatter before heading to the evening’s festivities. As in previous years there were fantastic door prizes and a Grand Prize raffle which helped to raise additional funds. All monies made on the day after expenses are donated to UK charity Refuge, which supports women and children who are victims of domestic violence. This year’s tally was over £1,000 making the tally over 4 years over £3,500!

If you fancy coming to London to check out any of the shops or another Yarn in the City event, they are doing a new show – the Yarnporium – this November 5-6, 2016 at King’s College on the Strand which will feature a marketplace, indie maker spotlight, and workshops too. And I’ll be there as a vendor with patterns and a few yarn-y surprises for you too. More on that another day!